From the Department of Putting Your Money Where Your Mouth Is, last week the city of London announced one of the largest cycling transportation development budgets in the history of the bicycle, qualifying it as one of the world’s largest public works projects.

And here I thought we’re doing quite well in my city of San Francisco, even re-enacting some old world magic at last weekend’s kickoff to our Sunday Streets season. 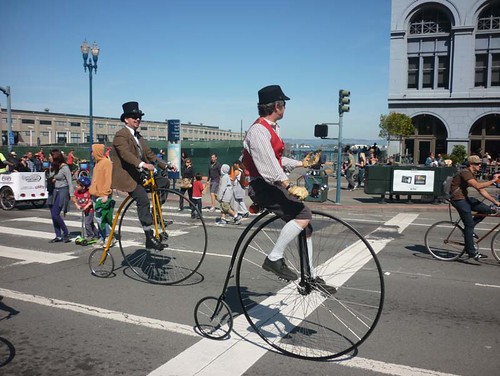 This occasional taste of what it would be like if streets were for people and not cars is, of course, all fine and well, and as one of the most bicycle friendly cities in the U.S., SF even has a solid bike plan to more permanently improve safe streets for cycling. However, there is only so much tinkering around the edges you can do before you run up against the limitations of a fundamentally car-centric infrastructure and the realization that bigger, more systemic changes that require bigger and bolder investments are needed. So ultimately, the resources allocated to making these big infrastructural changes a reality is where the intertube meets the bike lane, and London has just made a huge statement that it is serious about doing so.

It’s pretty simple: If you have a comprehensive network of separated bike lanes, people will use them and turn drivers into cyclists. Here’s what it will look like:

This is literally off the scale, not just the American scale (where pedestrian and bicycle projects received less than 2 percent of federal transportation dollars in 2012), but anywhere in the world.

To grasp the enormity of London’s $1.4 billion bicycle investment, Janette Sadik-Khan, the sitting Commissioner of New York’s Department of Transportation (DOT) has a budget of roughly $2 billion at her disposal… that’s her entire transportation budget. The entire New York City cycling development budget over the past five years is in the neighborhood of $2 million, or about 0.009% of what London’s budget will be in 2015 alone. The proposal is enormous.

This is like a Marshall Plan for the bicycle, and by extension for ecologically healthy city design, and thus ultimately a commitment to making the fundamental infrastructure changes needed for dealing with climate change and resource depletion instead of slapping green veneers on poorly designed structures.

It’s really not all that complicated. It’s mostly a matter of what our values are and how are they reflected in our political and economic choices. And yes, whether we’d like to go on as a functioning human species into the foreseeable future.

It’s a choice between this… 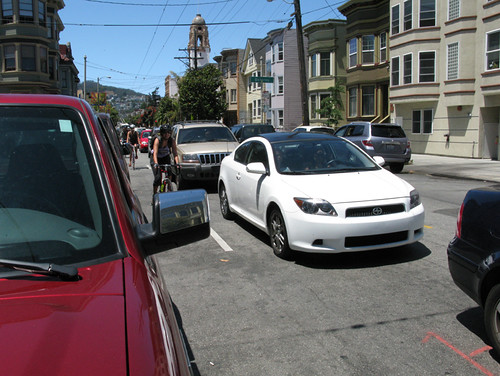 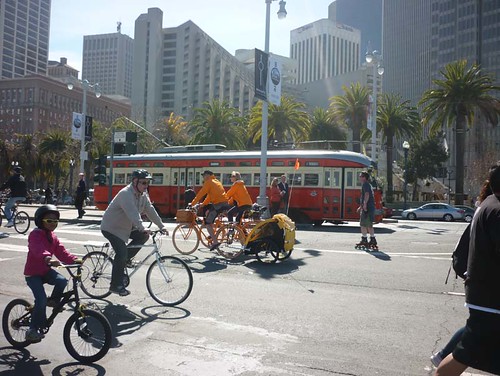 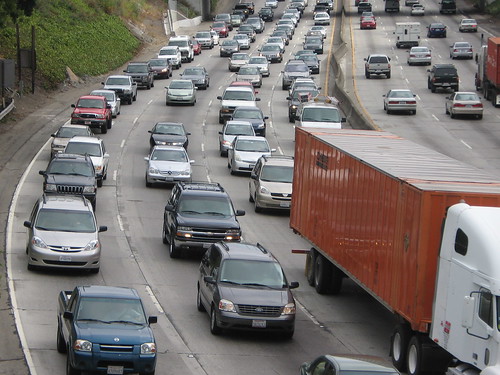 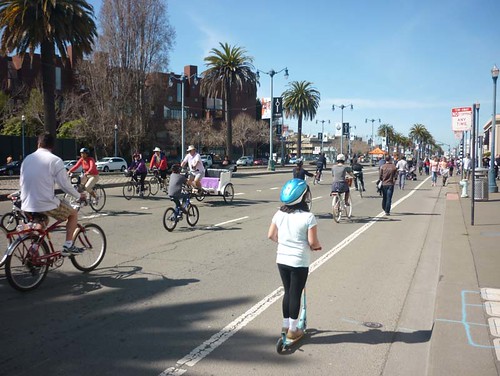 You’d think that something as significant as this would at least get an honorable mention in any American mainstream media outlets, but I guess to the serious keepers of the gate bikes are just kids’ toys.

But largely, Americans aren’t taking notice, and neither is the American media rushing to task. Take the words ”Boris, Cycling“ for a spin on the New York Times internal search engine and you’ll come up with a big goose egg: ’0 results,’ says the Times.

Come to think of it, they really are great kids’ toys, but those kids will be really psyched if there’ll still be an inhabitable planet to live on, once their own kids pedal their first baby steps… 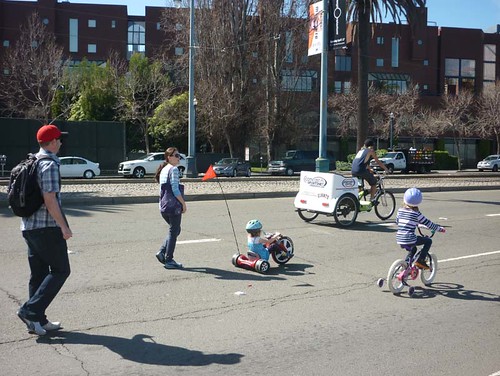