There are very few situations in life in which the idea of being separated would seem attractive. However, on Polk Street in San Francisco, right in the heart of one of the most bustling corridors between Market Street and City Hall, cyclists for the past two years or so have been enjoying the ultimate liberation: they’ve been safely kept apart from the dangers of automotive traffic by separated bike lanes. 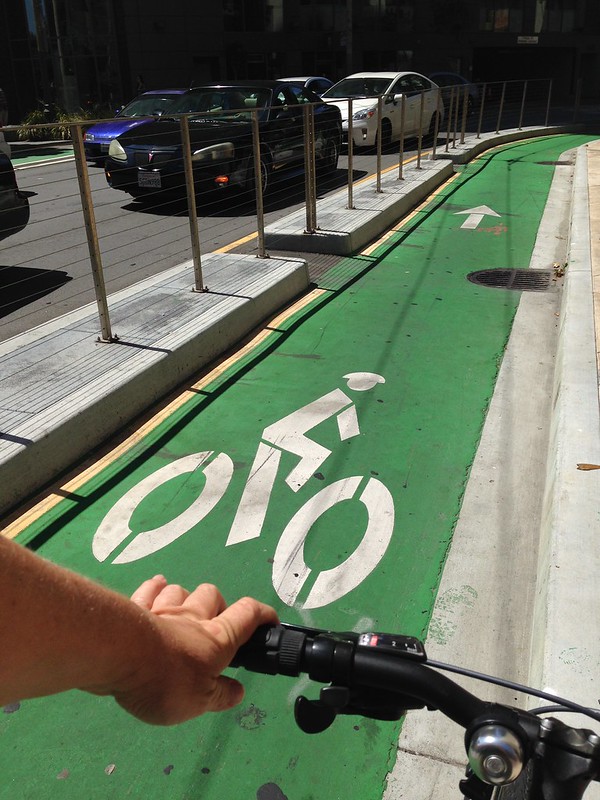 As I was loving me this stretch of cyclist nirvana yesterday on my way to visiting a friend in the Russian Hill neighborhood, it occurred to me just how transformational of a scope such a relatively minor adjustment to our urban infrastructure represents, not just physically, but culturally and psychologically.

Riding along without my usual defensive don’t-get-killed-by-large-hostile-objects-video-game state of mind, I was thinking about just how much progress is being made on so many levels when I can simply pedal across my city feeling safe, healthy and happy, keeping a small footprint, and moving as quickly if not quicker than by car.

I get the whole hype about self-driving cars. If we figure out a way to make them a public asset available to everyone (a BIG IF) they could be a beneficial part of a future urban transportation system. However, all too often I find that the solutions are much less complex, expensive and futuristic than we imagine them to be. 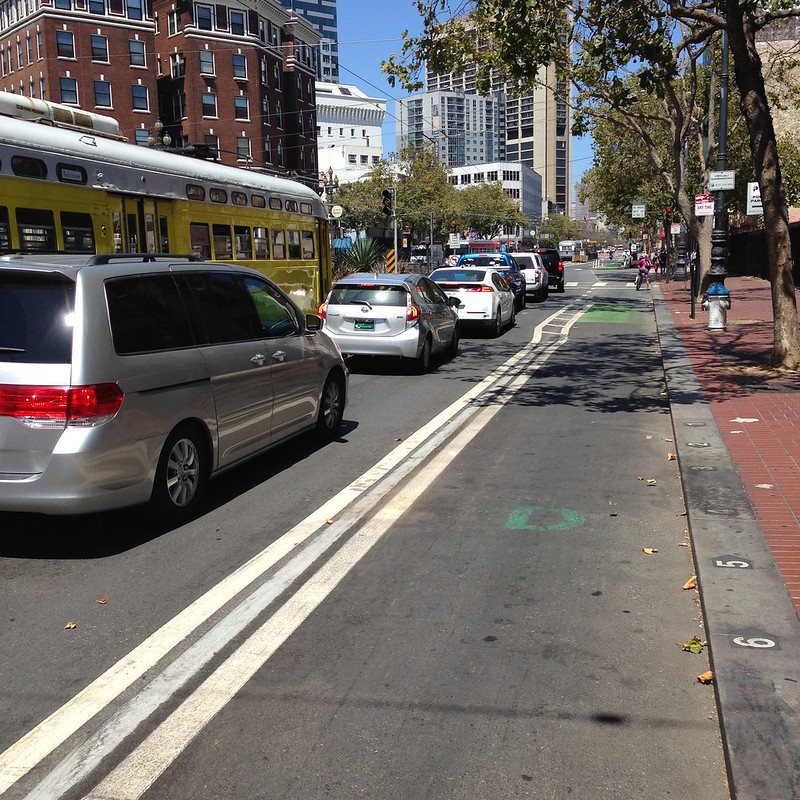 Sometimes all it takes to create a safety zone that encourages thousands of new folks to move from the driver to cyclist column is a slightly raised bike lane like the one recently added to Market Street between Octavia and Gough. Just that little bit of spatial separation creates an extra barrier for distracted drivers who often thoughtlessly meander into painted bike lanes, as well as just the teeny bit of mental reassurance to cyclists that you indeed have the right to exist on your city’s streets without fearing for your life.

That’s why we are officially calling these re-imagined pathways for cyclists not separated but protected bike lanes. And, in fact, it’s all part of a larger plan to better connect the city in a more human-powered, holistic, and ecologically healthy way.

In a way, you could say that providing cyclists adequate respect through public infrastructure improvements like protected bike lanes and dedicated traffic signals is a huge step towards equal rights and protections for all citizens who wish to move about our streets freely and safely, not just those choosing to do so in a car. 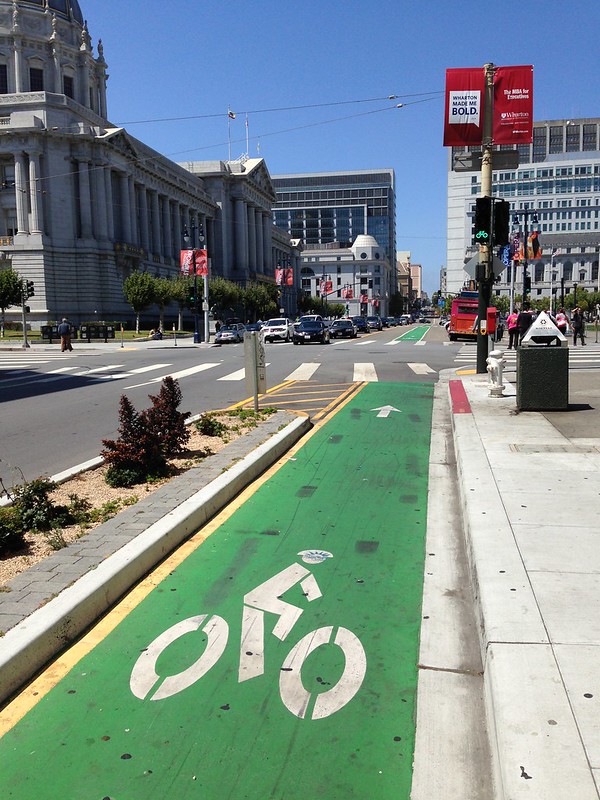 But in a country whose physical and mental environment is still dominated to a large degree by the personal automobile, the first step towards protection and ultimately connection is just a little bit of beautiful separation. 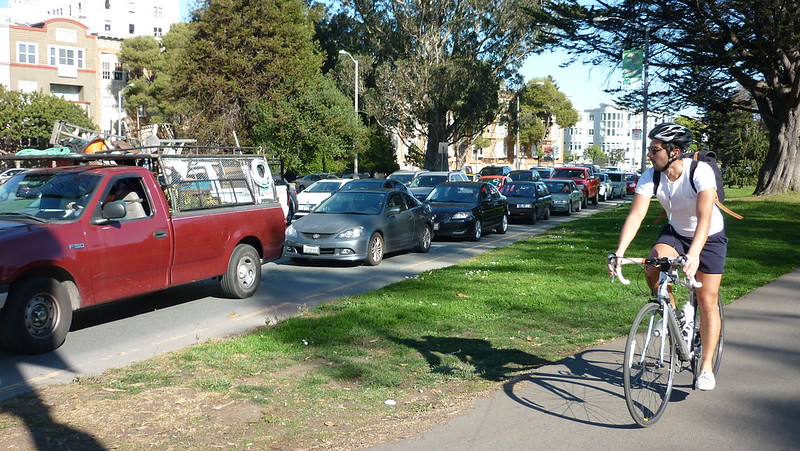