Here’s the thing about being a citizen and making your voice heard. Getting exactly what you’re asking for is just a small part of why you do it. Monday’s #Dec19 #DefendDemocracy #StopTrump event across the nation was as much about connecting with like-minded people face to face, becoming energized, sharing a moment of hope and sanity, reaffirming our right to peaceful assembly, and starting the people’s mobilization we’ll need in order to weather the coming storms, as it was about getting 37 Republican electors to switch their votes. Just the energy of being surrounded by a spirited crowd of patriots airing their dismay at the prospect of this epic error of a president was enough to get me out of bed early and on a three hour train pilgrimage from San Francisco to Sacramento. 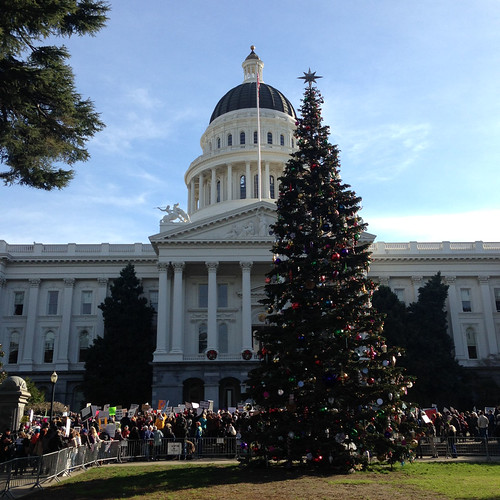 At one point I was talking to a college student from Ohio who said he wasn’t political but felt like he needed to come out to learn more about what’s going on in his country. I asked him what he was into and he said he was working on a permaculture project, getting his hands dirty trying to grow food. I said to him that what he is doing is in fact a political act, as our entire industrial food system as it exists today is the result of countless decisions made by all kinds of different people throughout the last century setting the gears not just on how we eat but how we relate to the very earth our eating depends on. 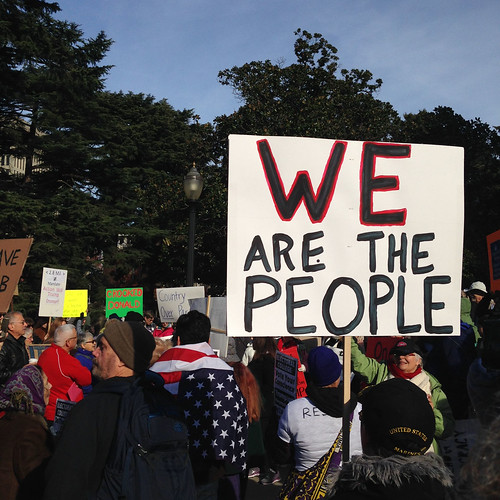 By learning about the importance of soil, insects, and water he was also becoming more aware of how the civilization he was born into has managed to temporarily circumvent many of nature’s fundamental functioning mechanisms in order to create short-term comfort at the expense of future generations and the only planet we have to live on. Just the act of being curious and engaging your fellow human beings in finding out what works, what doesn’t, and how we can come up with strategies for solutions that work for everyone, that’s politics. By the way his eyes were lighting up I could tell that something clicked with him at that moment: He had come to reach for a remote object that he was already holding in his hand. The hug that followed felt like a political resolution. 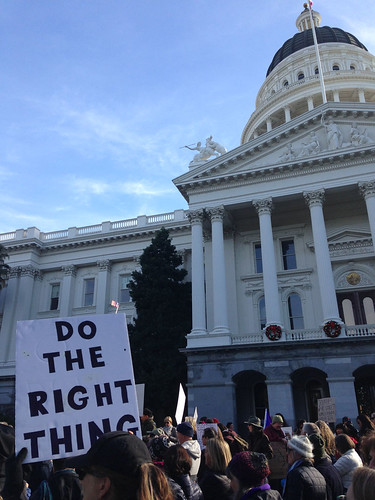 This exchange reminded me again how much we have collectively internalized the concept that “Politics” is this thing that only happens in cold and distant chambers among powerful professional elites and interests. We’ve allowed it to become this dirty word, reduced to an image of petty squabbling among hyper partisans out to destroy each other. And so we instinctively – and understandably – dissociate from it in our personal lives, because most of us just want to get along and it’s hard to do that when you feel like anything beyond small talk will paint you in the dreaded partisan corner. 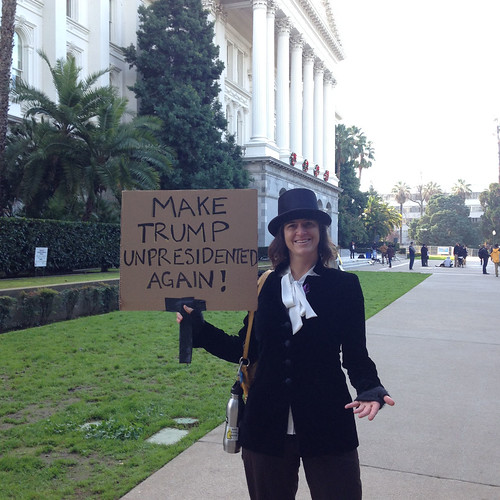 Then there’s so-called “social” media, which was supposed to provide the platform for more open dialog but has led to even more caution among those of us who might like to have constructive, good-faith political exchanges because you don’t know anymore whom you’re talking to and who might take things in ways you didn’t intend. In the process, we’ve given all the power of how we want to live together to the most cynical and ruthless among us, which leads us to withdraw and become disenfranchised even more, with the occasional complaint about the cynicalness and ruthlessness of it all. This, of course, plays 100 percent into the cards of someone like the guy about to trample into the highest office in the land, a vulgar, incurious, and self-obsessed ignoramus who gets all his oxygen from pissing in the well and making people walk away in disgust. 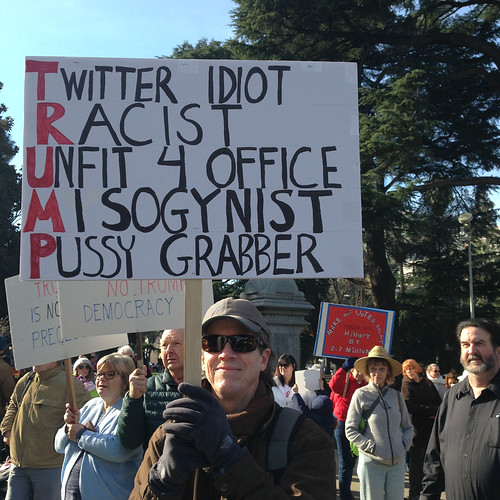 And yet, the Greek word “politikos” from which the word is derived simply means “of, for, or relating to citizens” which includes but is not limited to achieving and exercising positions of governance and power. To me, being “political” is an innate and essential part of being human, as we have no choice but to live with and depend on each other. It starts in our homes and how we negotiate living together with our closest friends and family, but it also extends into who we are in our communities and how we relate to the world at large, including those distant chambers of power where important decisions are made regarding our collective fate as states, nations, or indeed, our global family of nations. 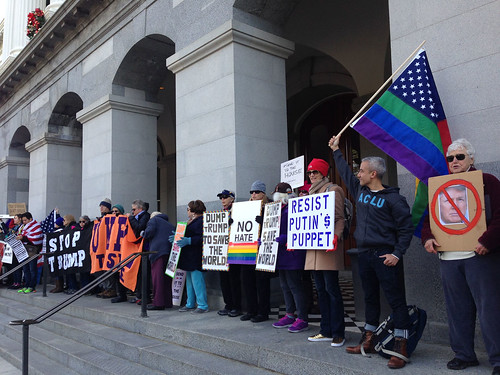 A lot of folks choose not to engage in anything outside their immediate environment, and that’s okay and understandable — it’s hard enough to keep your own kitchen clean in an ever more turbulent and rapidly changing world. However, I feel like it’s important to point out that this in itself is a political statement. What you’re telling the commons is not that you’re non-political but that your choice is to let others hash out the details of our social contracts and you’ll be fine with whatever gets decided. Again, that’s a perfectly valid position to take, but it’s a political one, just like not voting. 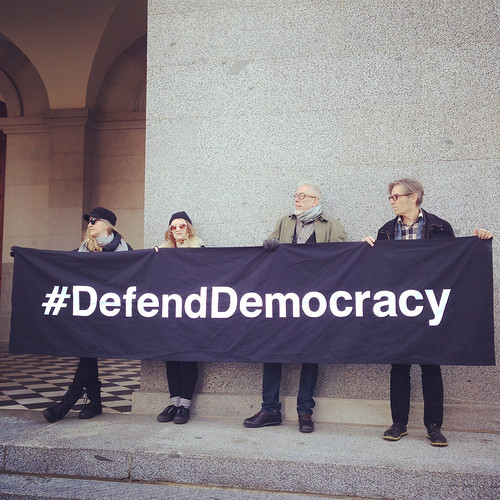 For me personally, the question ever since I realized that everything I do (or choose not to do) is inherently political, I’ve decided to be as out and open about my internal political process as possible. Not only to be more aware of my own belief system (as well as its blind spots) but to inspire in others the sort of small “p” politics that I consider to be the essential ingredient of a functioning democracy. I’ve found that as long as you approach any subject matter with empathy, compassion, and the willingness to listen and learn you can have a constructive exchange with almost anybody. 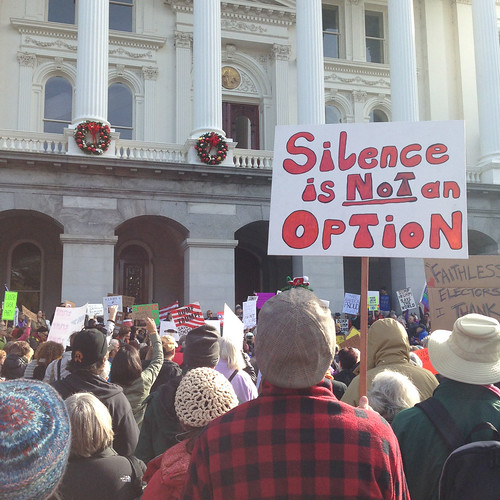 It’s these kinds of open and widespread public dialogs that I believe to be the antidote to the autocratic, authoritarian gale forces blowing in our faces right now, because when we’re interacting directly with each other, there’s less of a distorting filter not just from media and other intermediary channels but our own preconceived notions of each other. While the internet can be a great platform to organize, share knowledge, and have some basic discussion, there’s nothing quite like being out in a public square, face to face, exposed and accountable. And it works both ways — the more people are fully, openly and honestly engaged in the democratic process, the harder it becomes for the autocrat to hide behind the curtain of fake populism, news, mandate, etc. 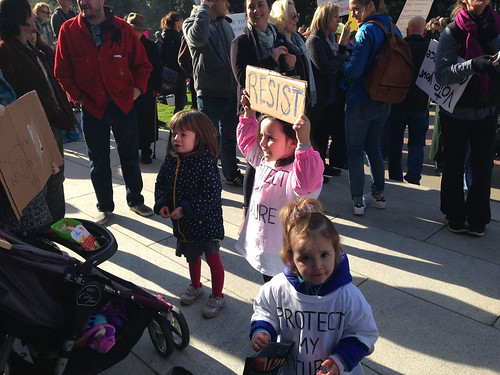 This is why coming out and being part of the dialog is more important than ever, even if our first instinct might be to curl up, withdraw, be bitter, or despair. For better or worse, people throughout history have shown themselves to be at their most courageous, resilient, generous, and creative in times of crisis, and so now we are getting the invitation — or rather emergency call — to show what we know we’re capable of: the highest expression of our humanity. 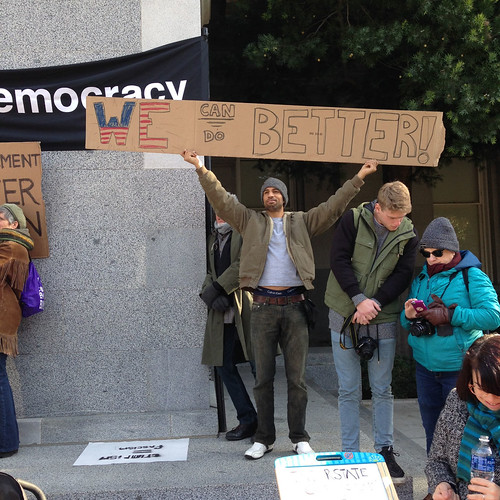 This doesn’t mean everyone will or should go to rallies, or drop any of their daily routines. Likewise, it also doesn’t mean we shouldn’t be angry, frustrated, fed up, depressed, or feel whichever way we’re feeling. There are as many ways of stepping it up and deepening our purpose as there are people. But for all those of us who sense that we are looking at an abuse of executive power beyond anything we’ve ever seen in America with all its potential ramifications for the lives of especially the most vulnerable among us it is incumbent that we channel our unique individual energies towards the greatest and most effective common good. 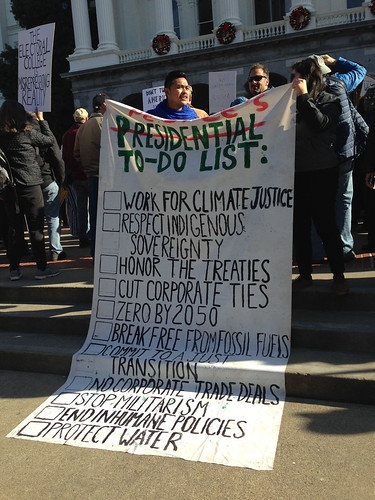 For me, that means all the energy embodied in taking it to the street: raw but concerted, personal but amplified, fierce but loving, contentious but unifying, unkempt but honest, collective but freeing. 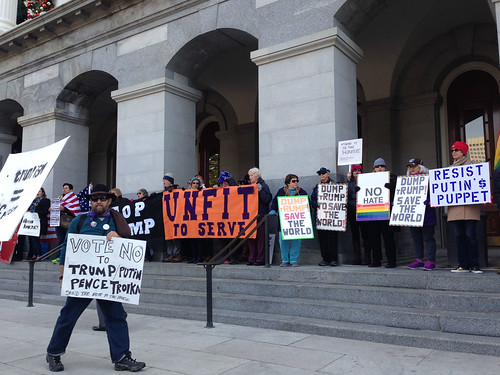 In other words, politics live and unplugged. 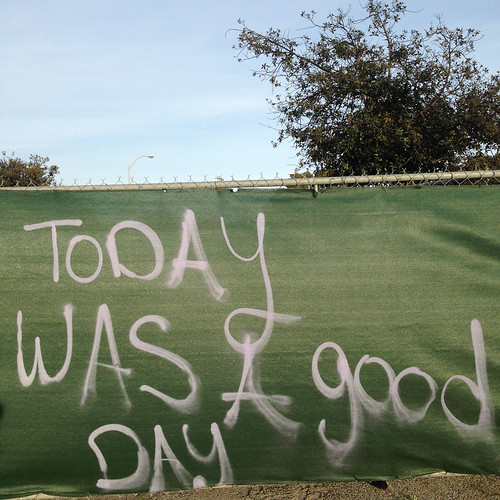