Good news! People are capable of conserving and scaling back when they have to and want to.

The region’s widespread reductions in water use in June, which were as high as 40 percent in the Contra Costa Water District when compared to the same month in 2013, marked a vast improvement over previous months for most of the area’s big water suppliers.

According to water data reported by local suppliers, the city of San Francisco saw its consumption drop 19.5 percent in June over the same month in 2013 — the year used as a baseline by the state to track conservation.

The East Bay Municipal Utility District, meanwhile, which serves much of Alameda and Contra Costa counties, recorded a 31 percent decline. The San Jose Water Company, serving much of the South Bay, saw a 35 percent drop.

I was alerted to these encouraging numbers by Tyrone Jue, a spokesperson for SFPUC, who posted this note on our NextDoor neighborhood board:

Our SF water use is down 19% in June 2015 as compared to our June 2013 baseline. We are beating our 8% goal set by the State! That percentage is amazing given that it comes on top of our extremely low water use in SF.

The news is all a credit to each of you doing your part. So in thanks of our budding Next Door relationship I wanted to be open and honest by letting you peek into my mind of what I was really thinking when i made the following comment to the SF Chronicle….

“You have to be living under a rock not to know how bad of a drought we’re in right now.”

Keep up the great work everyone and keep looking for new ways to save. Every extra drop saved gets put into our water piggy bank for the future.

And let’s continue spreading the positive encouragement and news to our neighbors!

So, I am doing my part to spread the positive encouragement and news. However, it’s worth spreading not only to my neighbors but to people across the country and the world (especially rich developed nations), for this news serves as a great reminder that we humans are perfectly capable of living more modestly and still be perfectly functioning and happy. 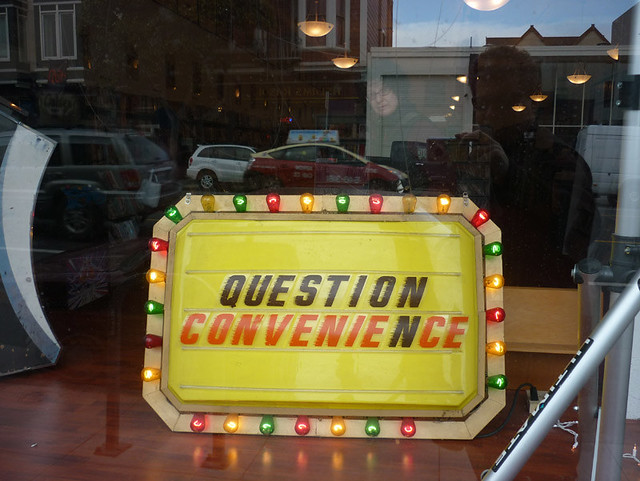 Sure, part of these numbers are due to Governor Brown’s executive order imposing California’s first mandatory water restrictions. That garnered a lot of attention, and surely the threat of penalties and fines going after residential as well as agricultural users did its part in bringing out people’s inner conservationist (except for a few rich folks whose brown lawns seem to remind them of their withered souls).

Perhaps even more importantly, another thing that’s been happening is a shift in consciousness leading people to make changes simply because of a growing understanding that we don’t live in an ecological vacuum. When you see images of the drought-stricken California landscapes, watering your lawn and washing your car becomes a moral dilemma.

Even though there’s still water coming out of your faucet, you are all of a sudden painfully aware that each time you turn that knob you are siphoning the most precious, life-giving resource we have and that by skipping certain activities you’ll still easily get by while contributing to the overall well being of the common space we share. It’s a powerful shift from “me” to “we.”

Which leads me to an even bigger lesson we might learn from this:

If people can be persuaded and inspired to make water cutbacks while there is still water flowing from their faucets, it isn’t too far fetched to think that this change in behavior could translate to other areas of consumption. Most notably, I’m thinking of our obscene overuse of fossil fuels, with its endless tentacles ranging from excessive driving, shopping, and meat consumption to careless electricity use, wasting of food, and poorly insulated homes, to name just a few.

In other words, if the California drought can prompt a level of urgency that leads to almost 40 percent consumption reductions within months, the specter of a rapidly warming planet should be able to inspire similar action in our relationship with non-renewable, CO2 spewing fossil fuels.

The good news is that countries across the globe are beginning to pledge up to 50% in greenhouse gas emissions reductions for the upcoming COP21 climate summit in Paris.

The question is whether people everywhere will be willing to collaborate by changing their habits and behavior to reach these goals once they have been officially set. More broadly speaking, the question is whether humans are capable of stepping out of the current perpetual growth paradigm and willing to enter into a global “less is more” Zeitgeist.

If the response of Californians to the current drought is any indication, the answer will be yes. 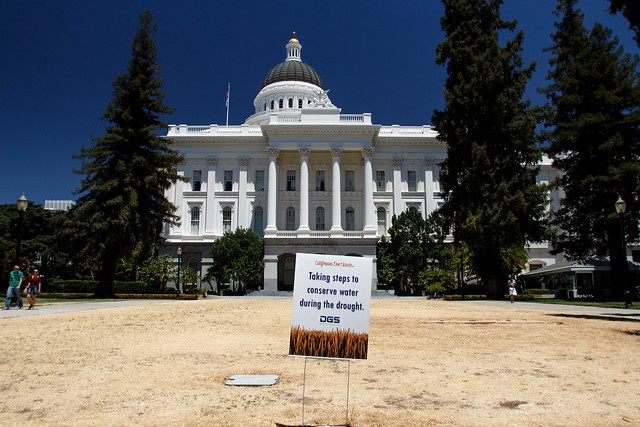